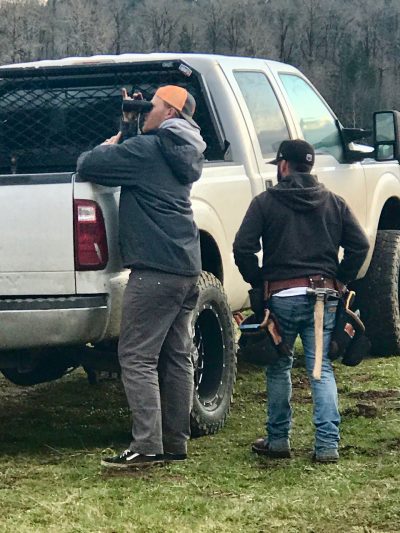 On the first day of construction, the guys on the framing crew asked me about the elk. They'd seen evidence of them, but after days, they had still not had an actual sighting. Then one afternoon, Brandon called out the creatures peaking over the north hill, before running down to the field to make their presence known. 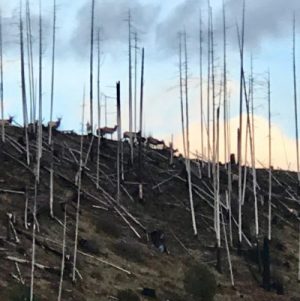 Almost everyone stopped working, all but the most jaded guys taking time out to take in the scene. Daniel, one of the more senior guys, had told me that a group of them had walked through the woods out to the river one day and then up the same hill the elk now stood on another. Austin, pictured on the left, had walked over to Phil and me during his lunch break, pole in hand, to ask if it would be okay for him to do some fishing on the property. It was not just okay with us; we are building this retreat precisely for the purpose of sharing the magic of this place, and to see the wonder of these guys is affirmation.