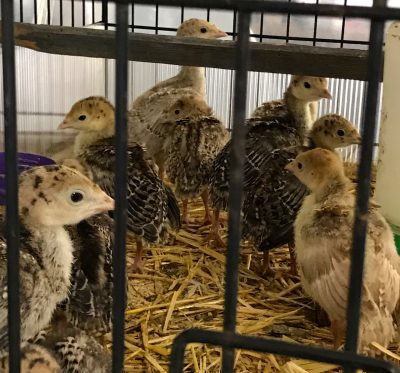 We've hired our first employees, Reuben and James, two young men whose commute involves a short walk from their home east of the farm. For some reason, having people on the payroll makes this endeavor seem more real, although we're on our third year of selling to the public.  The extra hands have become a necessity; just in tomatoes, we've tripled the amount of expected production over last year.  We have twice as many chickens, the Kregenow's have added baby turkeys to the flock, and a local farmer is negotiating with us over an arrangement to graze some of his cattle on a portion of our land.  Somewhere along the line, this Agrihood went from improbable concept to a real business, although not yet one that produces any profit other than what we put right back into the operation. It doesn't matter to me; what has always mattered is the building of community and the access to fresh, healthy food. Of course, the cost of that is a good deal of hand weeding, but as I said to Phil last weekend as we worked on the onion field, "it's gratifying to weed; how many messes in life can you take from ugly to orderly beauty in a matter of hours?"